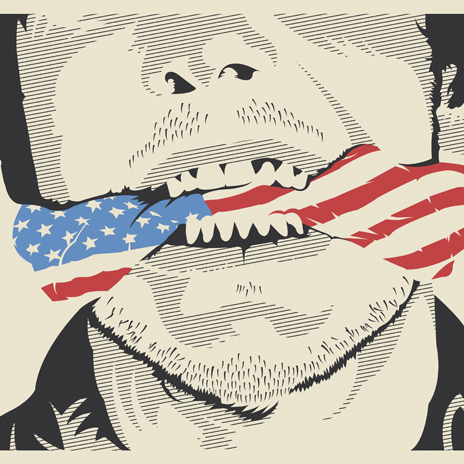 Presidential candidate Donald Trump was pretty busy posting tweets early in the morning late last week. One particularly caught my eye. In it, Trump is proactively assuring us that any story about him that relies on “source” is false, because “there are no sources.”

This is pretty extraordinary even by Trump standards. Our country was founded on the notion of political dissent — the Declaration of Independence is a ready example. And as a society, we recoil at the idea of censorship or any kind of “prior restraint.”

Prior restraint, as its name suggests is the scenario where the government prohibits certain speech before its uttered. The problem with that of course is that no listener can hear it, think about it and make any judgment about it — positive or negative. No wonder the concept is so unacceptable. Our society values not only speech, but the process of thinking about the speech. Obviously, any time speech is shut down, there is no opportunity to think about it.

Which brings us back to Trump’s tweet. It is of course not classic “prior restraint” because he’s not the government and he can’t actually prohibit the speech. But to the extent people do what he says, his admonition to disregard ANY story that relies on sources is kind of in that vein. And that is unAmerican. Reporters don’t routinely make up sources. To suggest otherwise is like disgruntled sports fans complaining that referees have rigged a game. Outside of Cardinal and Steeler games, that doesn’t really happen.

But here is a major party candidate assuring his followers in advance that every story that relies on a source is a lie, and therefore is not worthy of reading. And again, imagine if people actually believed that. There would be no need to examine the story, to ask questions about the credibility of the source, to follow up, to become more knowledgeable. But perhaps that is the point. How much easier it is to attack the messenger than to thoughtfully address the message.

I could not help but think about this famous scene from The Wizard of Oz as I read the tweet:

You can probably guess who Trump is in this scenario.