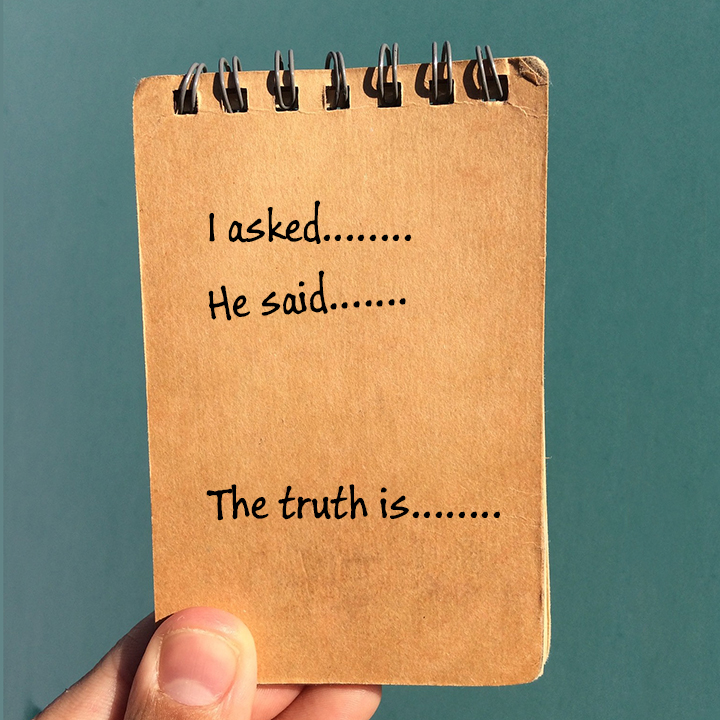 Rod Rosenstein appeared on Fox News with Chris Wallace on Sunday and talked about a number of issues.  One that caught my attention was his discussion the Justice Department’s stepped up efforts to control leaks coming from the White House.

In this country, because our Constitution guarantees freedom of the press, we have traditionally focused leak enforcement on the leakers.  That is, the “bad guys” in the leak scenario are the government insiders who provide the information, not the journalists who publish the information.  As far back as the early 1970s the United States Supreme Court refused to enjoin the New York Times and Washington Post from publishing excerpts from the Pentagon Papers – leaked information about the history of the United States’ involvement in the Vietnam War.  The Nixon administration pushed hard for the injunction, but failed in its efforts.

More recently, the Supreme Court decided in the Bartnicki case that journalists couldn’t be prosecuted for publishing information gathered from an illegal phone tap, so long as the information concerned a matter of public interest and so long as the journalist wasn’t involved in the illegal acquisition.

The point is, leaking is the crime, not publishing.  And, on a superficial level, Mr. Rosenstein seemed to agree.   When asked about this statement from Attorney General Sessions:

“We respect the important role that the press place and will give them respect, but it is not unlimited. They cannot place lives at risk with impunity.”

“The attorney general has been very clear that we’re after the leakers, not the journalist. We’re after the people who are committing crime. And so, we’re going to devote the resources we need to identify who is responsible for those leaks and who has violated the law and hold them accountable.”

And that sounds consistent  with the traditional approach.  But when Chris Wallace pressed, Rosenstein was a little less clear:

WALLACE: OK. But there’s another aspect of this, which is if a reporter gets information from somebody, puts it out in the beginning of the Obama administration, they were very aggressive in going after their sources. And if you subpoena information and they refused to disclose it, they can still end up in jail at the end of the Obama administration after a backlash from reporters, they loosened up on that. And first of all, it had to be approved specifically by the attorney general and it was kind of a last resort to go after reporters sources.

Are you are reviewing that?

ROSENSTEIN: Yes, Chris, that’s a different issue. That policy has been in existence for a very long time. Attorney General Holder revised that in 2015. It’s possible he got it exactly right but maybe he didn’t. We’re going to take a fresh look at that, and we’ve gotten feedback from our career prosecutors and agents that some of the procedural hurdles are delaying their investigation. So, I think it’s important for us to take a fresh look at it and evaluate whether or not there are any improvements that should be made.

WALLACE: And what that means in your effort to get sources that you end up putting a reporter who refuses to disclose that source in jail?

ROSENSTEIN: I’m not going to answer a hypothetical, Chris. As I said, I think it depends upon the facts and circumstances in each case.

There are a few troublesome aspects to Rosenstein’s response.   First, what does “taking a fresh look at procedural hurdles” mean?  Given the context – that prosecutors and agents are concerned that their investigations are being delayed – it seems likely that the “fresh look” will lead to less protection for journalists, not more.

And his response to the question about putting journalists in jail for not revealing sources – “I think that depends upon the facts and circumstances in each case” – shouldn’t provide much comfort to reporters.  While almost all 50 states provide some sort of protection for sources, which would make it highly unlikely any reporter would be jailed for not revealing a source’s identity, there is no federal shield law.  And a system that is determined on an ad hoc – “facts and circumstances of each case” – makes it difficult for reporters and editors to assess the situation, and is ripe for abuse.

Given the Trump administration’s overt hostility to the “main stream media” this is a disturbing interview to put it mildly.