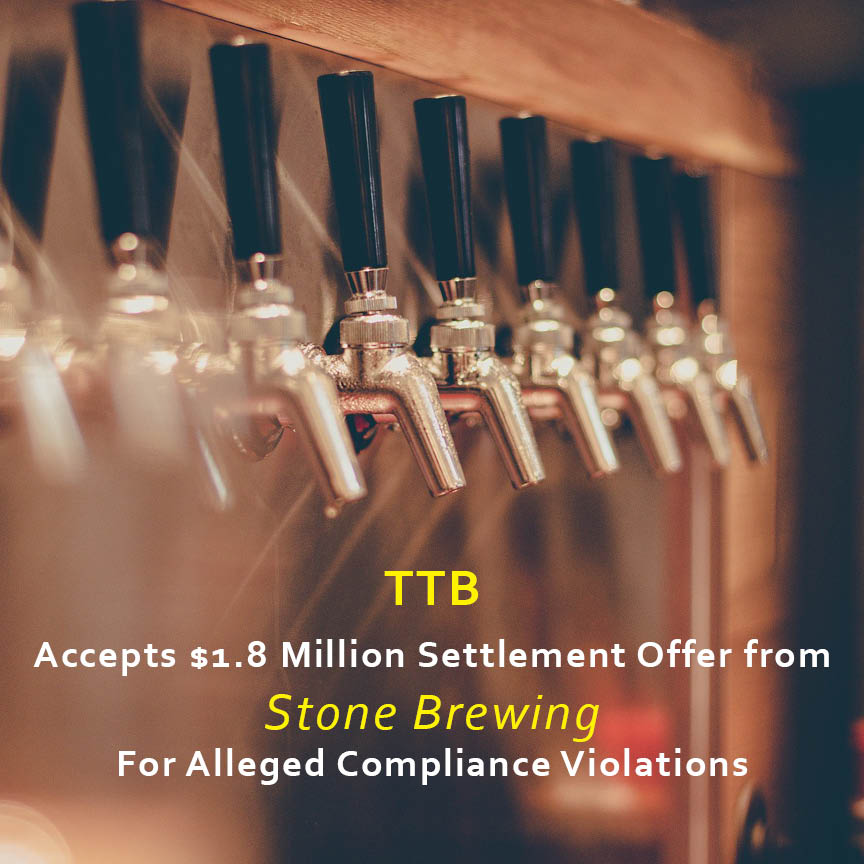 After a long hiatus, TTB’s Tax Audit Division, or “TAD”, appears to be resuming audits of routine industry members, including larger independent breweries such as Stone Brewing.

In the publicly available and redacted Offer in Compromise (found here), TTB alleged the following violations against Stone Brewing Co., LLC: 1) underpayment of taxes, including misapplication of reduced tax rates, non-payment on unsubstantiated exports, non-payment on inventory shortages, and non-payment on certain other removals; 2) failure to timely file and pay federal excise taxes; 3) failure to submit a timely Brewer’s Report of Operations as well as accurate operational reports; and 4) failure to maintain sufficient TTB bond coverage for brewery operations.

These allegations are typical compliance issues that one would see when dealing with TTB audits, and do not appear to reflect a policy shift or increased enforcement of a specific area of compliance.

What is the takeaway?

This could be a sign that TTB is back on the audit trail and scrutinizing larger independent breweries once again. If you are an industry member, now may be a great time to do an internal audit, review your records and compliance processes, and catch any issues before TTB shows up for an unannounced audit.