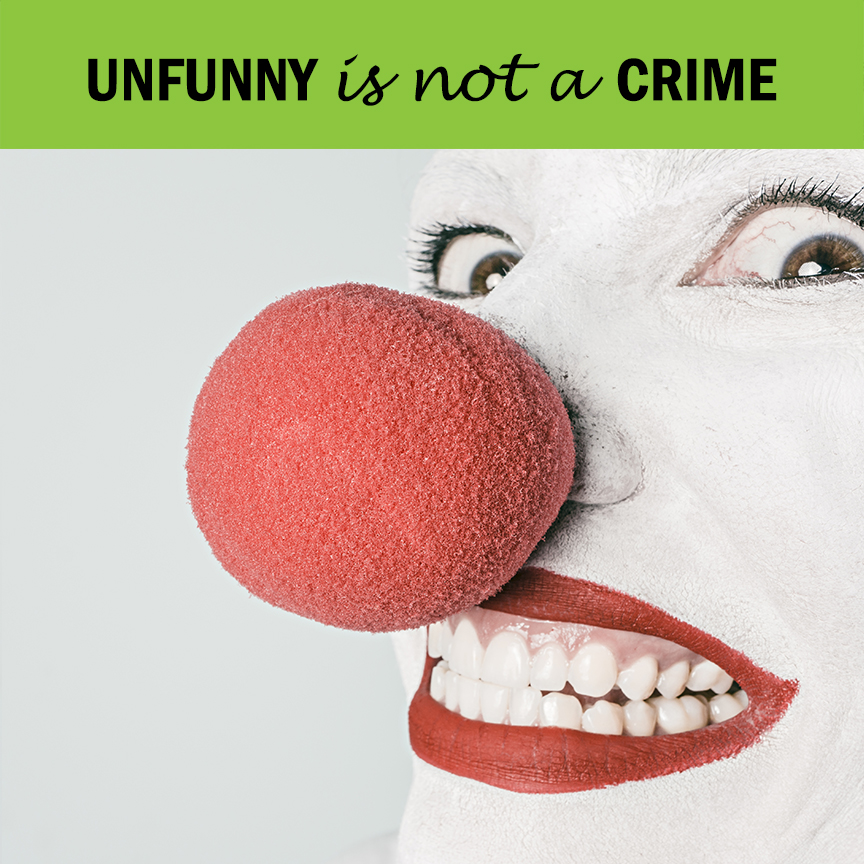 A guy I used to work with and I used to make a running list of “People Who Ostensibly Are Comedians, But Not Funny.”  My top three were Chris Elliott, Carrot Top, and Pauly Shore.   We haven’t updated the list for a long time, but Kathy Griffin  would certainly be on it.  And that is before her idiotic stunt recently with the decapitated head of  Donald Trump.

She earned her place on the list the way the others did – by mistaking being weird for being amusing.  They are not the same.  But the more important question now, however, is whether she is not merely annoying, but a criminal.

I think the answer is no.  There is indeed a statute that makes it a crime to threaten the President or Vice-President.  It’s located at 18 U.S. Code §871.  And it’s pretty clear:

And I suppose it’s not unreasonable to interpret holding a replica of a person’s decapitated head as potentially threatening.  So, is Kathy Griffin headed for a federal prison?  Probably not,  unless Congress amends the U.S. Code to make poor taste a felony.

The case law on the existing code suggests that a court would need to consider the context and the circumstances surrounding the statement before concluding it was a “true threat.”  In a 1969 case called Watts v. United States, a war protestor at a rally stated:

“They always holler at us to get an education. And now I have already received my draft classification as 1-A and I have got to report for my physical this Monday coming. I am not going. If they ever make me carry a rifle the first man I want to get in my sights is L. B. J.” “They are not going to make me kill my black brothers.”

He was indicted and convicted  under the threat statute. The United States Court of Appeals upheld the conviction.  But the U. S. Supreme Court reversed.  The Supreme Court acknowledged that the statute itself was constitutional, but the application to these facts was not.

We do not believe that the kind of political hyperbole indulged in by petitioner fits within that statutory term. For we must interpret the language Congress chose “against the background of a profound national commitment to the principle that debate on public issues should be uninhibited, robust, and wide-open, and that it may well include vehement, caustic, and sometimes unpleasantly sharp attacks on government and public officials.”  . . . The language of the political arena, like the language used in labor disputes . . .  is often vituperative, abusive, and inexact. We agree with petitioner that his only offense here was “a kind of very crude offensive method of stating a political opposition to the President.” Taken in context, and regarding the expressly conditional nature of the statement and the reaction of the listeners, we do not see how it could be interpreted otherwise.

Given that finding, it’s tough to see how a court could convict Griffin.  Her stunt was no doubt crude and offensive, but given the context and the lack of any kind of “imminence” it doesn’t rise to a violation of the statute.  And that is probably a good thing.  The First Amendment protects speech – good speech, bad speech, and in this case, stupid speech. Just as in baseball, the tie goes to the runner, in our society, close calls go to the speaker.  Even unfunny ones.