USING AND ABUSING THE LAW – THIS TIME IT’S FERPA 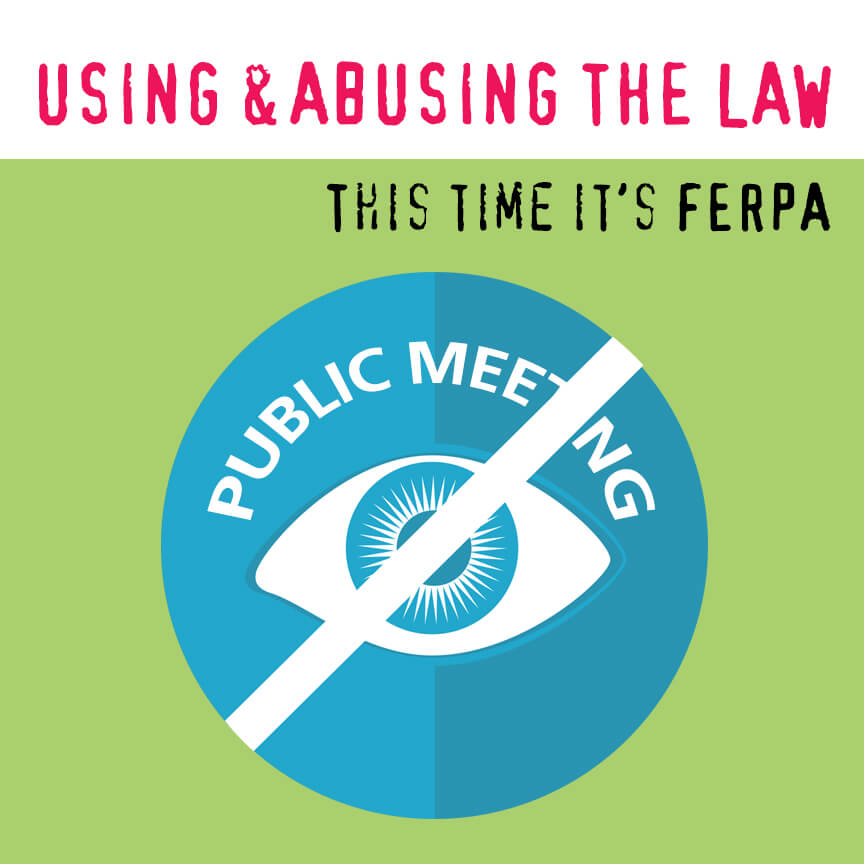 USING AND ABUSING THE LAW – THIS TIME IT’S FERPA

The Federal Education Records Privacy Act, or FERPA, is a well- intentioned piece of legislation designed to protect the privacy of student education records.  As a basic concept, it makes perfect sense.  A student’s grades are that student’s business.

But like many well intentioned laws that come into the clutches of public officials, FERPA has been over applied and misapplied to cover up misfeasance, malfeasance and negligence.

The latest example comes courtesy of the Madison, Ohio School District.  Madison was the scene of a school shooting  2 years ago in the cafeteria.  More recently, one of the victims of the shooting – Cooper Caffrey – received a detention for participating in the national walk out to protest the gun violence that has plagued our nation and our nation’s schools for far too long.  What a great lesson. “Son, we know you got shot and everything, and we also know you have a right to peacefully protest, but try it here and there’ll be trouble.”

But that decision is merely dumb.  Most recently, the Board took the next step into stupefying cynicism and hypocrisy.   At its April 24 meeting, the Board had on the agenda the proposal to arm teachers.  Many in the community are opposed to this idea, including Cooper.  He apparently has figured out, unlike his elders, that more guns is not the answer.  And he appeared at the meeting to voice his objection.

One would think that the thoughts of a shooting victim might be compelling.  It could, perhaps sway the audience.  So, of course, the Board heard from Cooper in executive session, out of the public’s earshot.

School boards, like most public bodies are allowed to conduct private executive sessions for a very limited range of subjects.  An executive session is designed to be the exception, not the rule.

Before a body can retreat to executive session, it must state the ground for doing so, and take a roll call vote.  In this case, the ground for the executive session was to discuss “matters required by federal or state statutes to be confidential.”  This is apparently a vague reference to FERPA and its Ohio equivalent.  Apparently allowing Cooper to speak in the Board’s public session would reveal the fact that he is enrolled there.

I’m not making this up.  Cooper didn’t come to the meeting to talk about his grades or PSAT scores – information legitimately subject to FERPA.  He was there to offer his unique perspective on a controversial proposal.  That is not private information and indeed, the public had every right to hear it.

And what makes it hypocrisy?  This does.   Go to the Madison School official website and you’ll see names and photos of students.  You can even read blogs from several students.  Here’s AJ Brinley’s thoughts.  Apparently, according to the School Board’s view, FERPA is fine if the student’s identity is revealed in the course of discussing Rubix Cubes, but not so much if the student is literally discussing a matter of life and death.

FERPA was designed to protect student privacy, not stifle public debate.  The Madison School Board should know better.

Maybe InfoWars defense will be – “Hey nobody believe us…