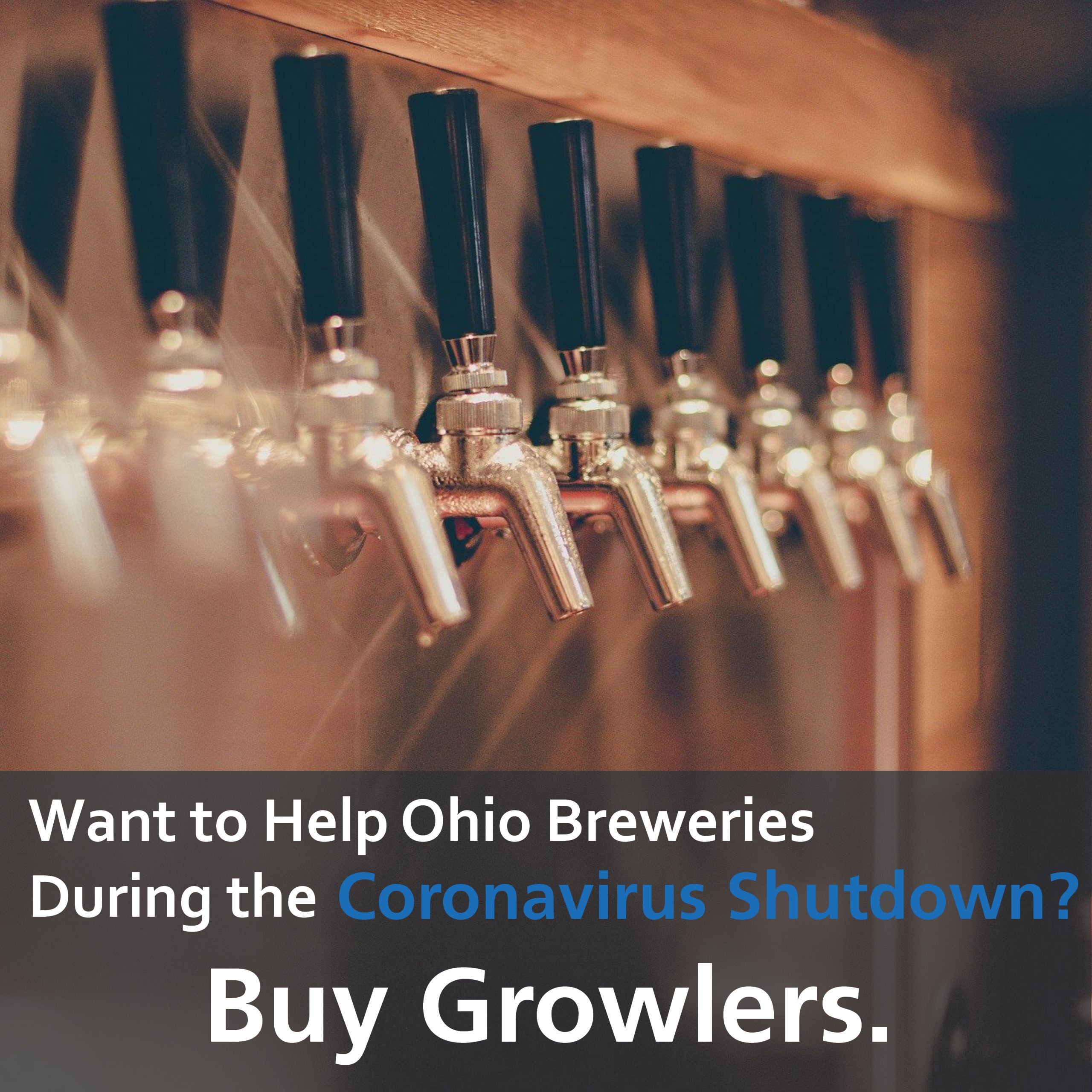 On Sunday night Governor DeWine declared that all Ohio restaurants and bars, including breweries with taprooms, must shut down until further notice.  This news was devastating for many of Ohio’s breweries, who primarily make their income from taproom sales and distribution to bars and restaurants which are also closed.  However there is one key caveat to the closure; breweries, (like bars and restaurants) are still able to sell food and beer at carryout in Ohio.

Generally speaking, the profit margin for a brewery is much higher for beer purchased directly by consumers on site than beer produced by that same brewery and then sold through Ohio’s three-tiered distribution system (i.e sold by a brewery to a wholesaler, and then sold by a wholesaler to a retailer).  In other words, the brewery keeps more money when you buy a 64 ounce growler directly from the production facility, as opposed to buying a six pack of that same beer from a convenience store.

For the time being, breweries have two main streams of revenue: 1) beer sold through a retailer, and 2) beer sold directly at carryout on site.  Although these two options seem very similar in terms of the ultimate price for consumers, the benefit is much higher for the brewery if consumers buy directly from the brewery due to the profit margin difference.

If you are an Ohio brewery, what do you need to know about carryout sales?

Recently it feels like “uncertainty” has become the word of the day, and although we do not know what will come next or how long the closing mandate will last, this is one way that you can certainly help your favorite local breweries during a time of need.

TTB Accepts $900,000 Offer in Compromise from Warsteiner as it…

When Do You Need TTB Power of Attorney?

Time Running Out to Take Advantage of TTB’s Amnesty Program