Welcome to a New Dawn in the Courts, the Workplace, and Life! 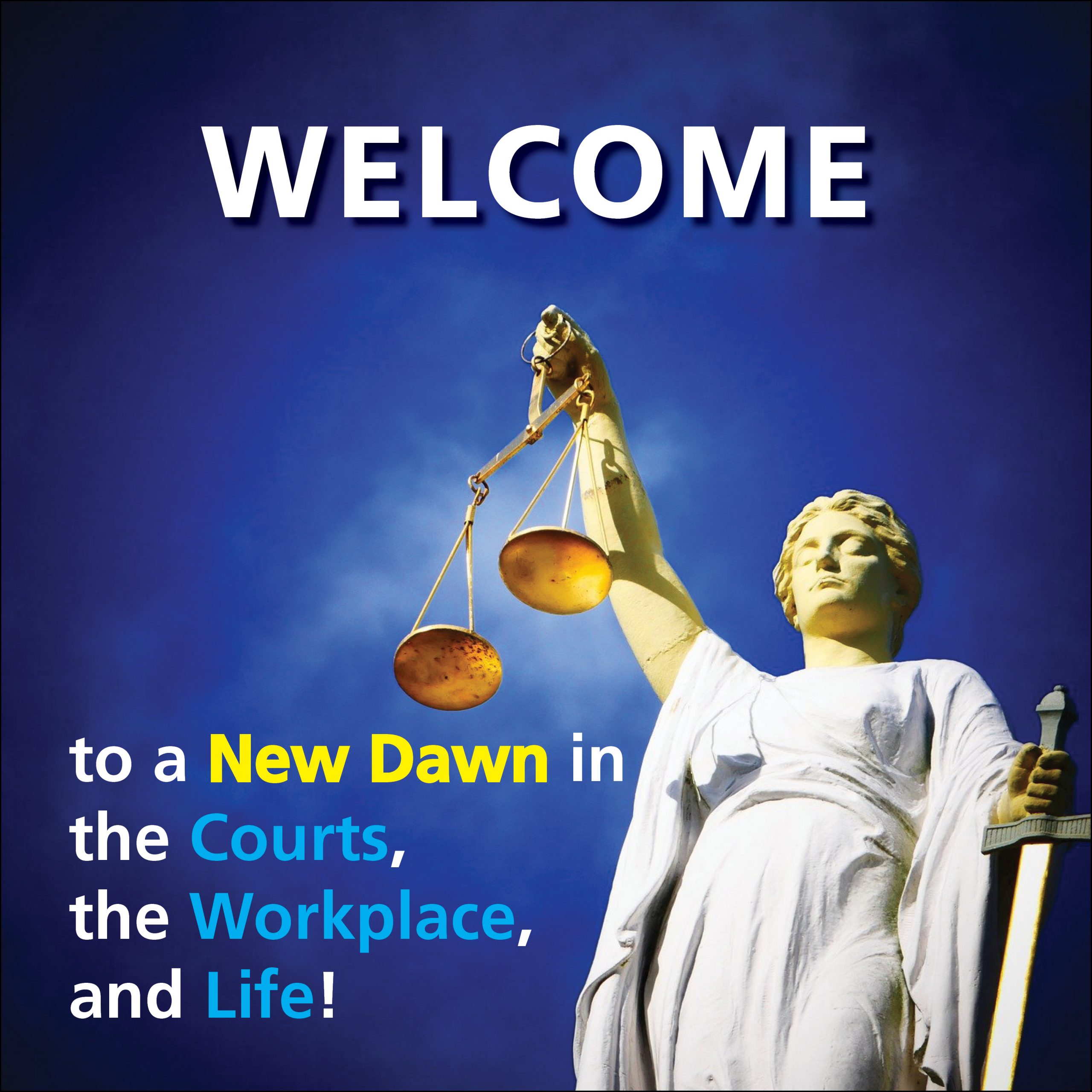 Welcome to a New Dawn in the Courts, the Workplace, and Life!

With everything going on in the world today, it’s crazy to think that for many people, just last year their biggest decision (and likely the biggest argument in their household) was where to go for dinner. Then COVID-19 happened. And now, protests. Now, we are forced to have tougher (but much needed) conversations at home and in the workplace. While many people believe that progress during this time has come to a halt, the courts are proving to us otherwise. Despite the coronavirus and the cries for justice and equality happening around us, the courts have continued to “shake things up” in the employment law arena. You may be thinking “what now?”, “I can’t take any more … I’m mentally and emotionally drained.” I come to shed just a little bit of light during these dark times. Though we may be tired and fed up, we must continue on and not forget our obligations to uphold the law and do what is right.

The Sixth Circuit recently emphasized that a plaintiff alleging discriminatory discipline must show that comparators received more favorable treatment. However, the misconduct in question between the employee and the comparators does not need to be identical. In that case, an African American buyer falsified a bid but later corrected it. He was terminated for misconduct. The buyer filed suit against the employer alleging race discrimination and pointed to a Caucasian employee as a comparator. The Caucasian employee in question did not falsify a bid but instead conspired with a supplier to receive kickbacks. Unlike the African American employee, the Caucasian employee was only removed from his position and later reassigned to a higher-level position. As you can imagine, the employer argued that the misconduct was different and therefore the two employees could not be comparators. The Sixth Circuit held that “the relevant inquiry is whether the comparator’s conduct was substantially identical `in all of the relevant aspects,” which includes “the type of misconduct involved and its relative severity.” The court additionally determined that the relative severity of two actions is not determined solely by whether those actions violated the same company policy or rule. So what’s the take away? When reviewing discipline, employers in the Sixth Circuit should be extra mindful to ensure that the discipline is consistent not just with employees who have engaged in the same conduct but also employees that have engaged in conduct with the same relative severity.

The Sixth Circuit’s holding is yet another example of the importance of examining the practices, policies and even the ethnic makeup of your company. It also stresses the importance of consistency when different managers are disciplining employees across different departments and locations. Managers should be trained on how to recognize racial and other types of bias in their decisions. When making excuses such as “I can’t fire him. He’s a good kid”, they should ask themselves these questions:

Sometimes the answer to those questions and the ultimate question of “is my company biased in some way?” is not an easy one to answer. It’s often a hard pill to swallow. So what can you do? Engage in informal conversations with you employees about bias in the workplace and accept critical feedback on how the company can improve. However, you must do more than just listen. You must also act. This could be as drastic as changing the entire culture of your company or as simple as training employees or firing one problem manager. The important thing here is that you take action.

The court’s holding above, like any law, simply states the minimum an employer can or cannot do. It does not prevent you from doing more if it is the right thing to do. There are two quotes that stand out to me during this time. The first is by James Baldwin: “Not everything that is faced can be changed, but nothing can be changed until it is faced.” The second is a partial quote by Martin Luther King Jr.: “The time is always right to do what is right.” Although there is an obligation to uphold the law in the workplace and outside of work, that does not mean you have to ignore being humane and just to others and your employees. The time has come for many of us to decide which side of “right” we want to be on and what we’re going to do moving forward. The “right” thing to do in one situation may be different in another, but we cannot shy away from these tough conversations and decisions. It also does not mean that you have to make these decisions alone. Talk to your local labor and employment attorney for advice, to talk you through your options, or just as an ear to listen. We’re all in this together!