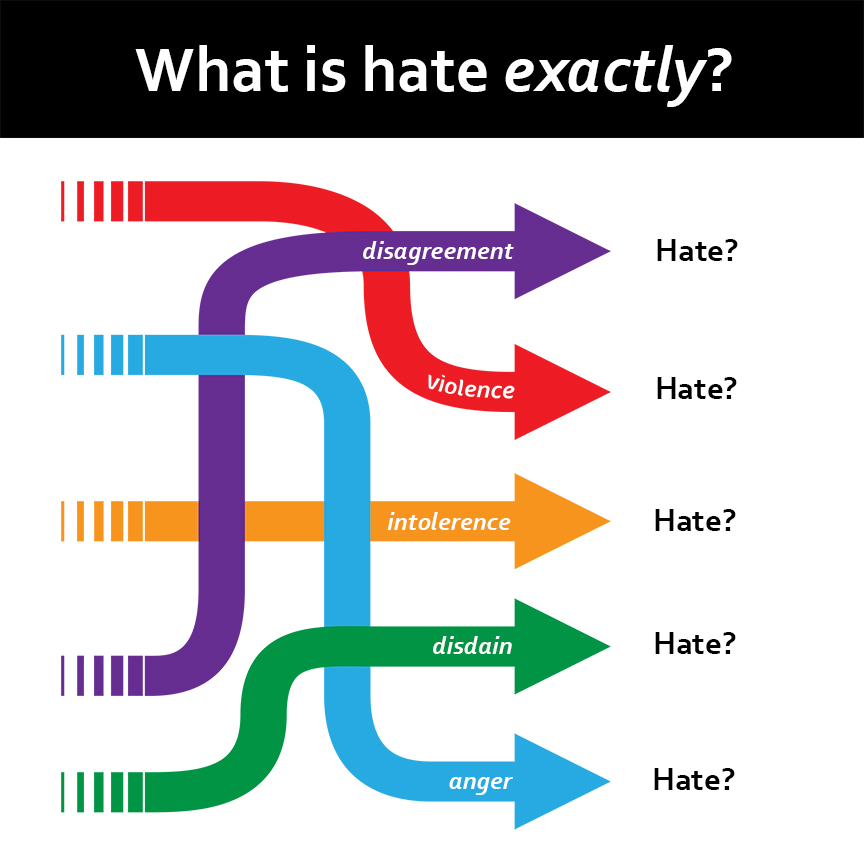 That is an admittedly philosophical question.  But it’s one an Alabama federal court may be wrestling with soon.  An organization called Coral Ridge Ministries Media recently filed a lawsuit against Amazon, the Southern Poverty Law Center (“SPLC”) and Guidestar USA, Inc.  The facts aren’t too complicated, but the implications of the suit raise some difficult questions.

Dennis James Kennedy was an American pastor, evangelist, and Christian broadcaster. He founded the Coral Ridge Presbyterian Church in Fort Lauderdale, Florida, where he was Senior Pastor from 1960 until his death on September 5, 2007.  In 1974, Dr. Kennedy founded Coral Ridge Ministries, which produced his weekly television program, The Coral Ridge Hour (now “Truths that Transform”), which was carried on television networks and was syndicated on numerous other stations with a peak audience of three million viewers in 200 countries. Dr. Kennedy also had a daily radio program, Truths That Transform (1984-2012).    The Ministry “espouses and supports Biblical morals and principles concerning human sexuality. It was on these Biblical principles that this Nation was founded and built.”

Amazon offers a program called AmazonSmile.  Charitable organizations who are part of the program receive 0.5% of the purchase price when shoppers designate that organization.  But there’s a catch.  Groups that promote “intolerance, hate, terrorism, violence, money laundering, or other illegal activities are not eligible to participate.”  Amazon relies on the U5 Office of Foreign Assets Control  and the Southern Poverty Law Center to determine which groups fall into the banned category.

The SPLC publishes a “Hate Map” and on it lists groups that the SPLC deems worthy of inclusion.  Dr. Kennedy and his followers have earned a spot, denominated as follows:

The lawsuit accuses the SPLC and GuideStar of defamation.  It accuses Amazon of religious discrimination for banning the Ministry from the site.  With all due respect to the Ministry, I’m not sure the lawsuit has a prayer.

We often hear the cliché that “truth is a defense” to defamation.  And that is accurate.  No matter how nasty the statement, if it’s true, it can’t be the basis for a defamation case.  But the cliché is a little incomplete.  Because in fact, the plaintiff has the burden to establish that the statement is false.  That may seem like a subtle difference, but it’s important.  The first step to proving a statement false is to demonstrate it states a verifiable fact.  That is, if someone said I’m a terrible lawyer, it may make me mad, but I can’t prove it’s false.  The term “terrible” is a vague term, not really susceptible to being proved true or false.  It’s just someone’s opinion.

But if someone says I was disciplined by the Ohio Supreme Court, that would be a verifiably false statement .  I’ve never been disciplined, and I can prove it by referring to the Supreme Court’s records.

So, if the SPLC deems an organization a “hate group” is that a verifiably false statement?  The Ministry says it is motivated by the Bible.  Not exactly a hateful manifesto.  But in the SPLC’s view, it’s hateful to treat the LGBT population in a manner that is less than inclusive.  How does one prove the SPLC’s position is false?   Seems like an uphill battle.

And the case against GuideStar is likely even tougher. In addition to the opinion defense, GuideStar – assuming it merely transmits the SPLC data – is protected by the federal Communications Decency Act, which says that interactive computer service providers can’t be deemed the publishers of content created by third parties.  The Ministry, in other words, cannot shoot the messenger.

As for the religious discrimination claim against Amazon, the Ministry would first need to establish that Amazon is a place of “public accommodation” – essentially the same as a brick and mortar operation.  That may be a stretch.  And it will need to overcome the Communications Decency Act defense – Amazon itself is an interactive provider of a computer service.  The decision not to publish and/or edit information is protected under that statute as well.

We will see what happens.  This is another “religious liberty” challenge.  In many cases, those challenges have been focused on the notion that a merchant shouldn’t be compelled to do something that the merchants claim violate their religious beliefs.  This is the baker not wanting to make a cake for a gay wedding.  But this case focuses not on the notion that anyone is compelled to do something. It is instead based on the notion that an organization is prevented from participating in a program because of its beliefs. It will be interesting to see if that distinction makes a difference.