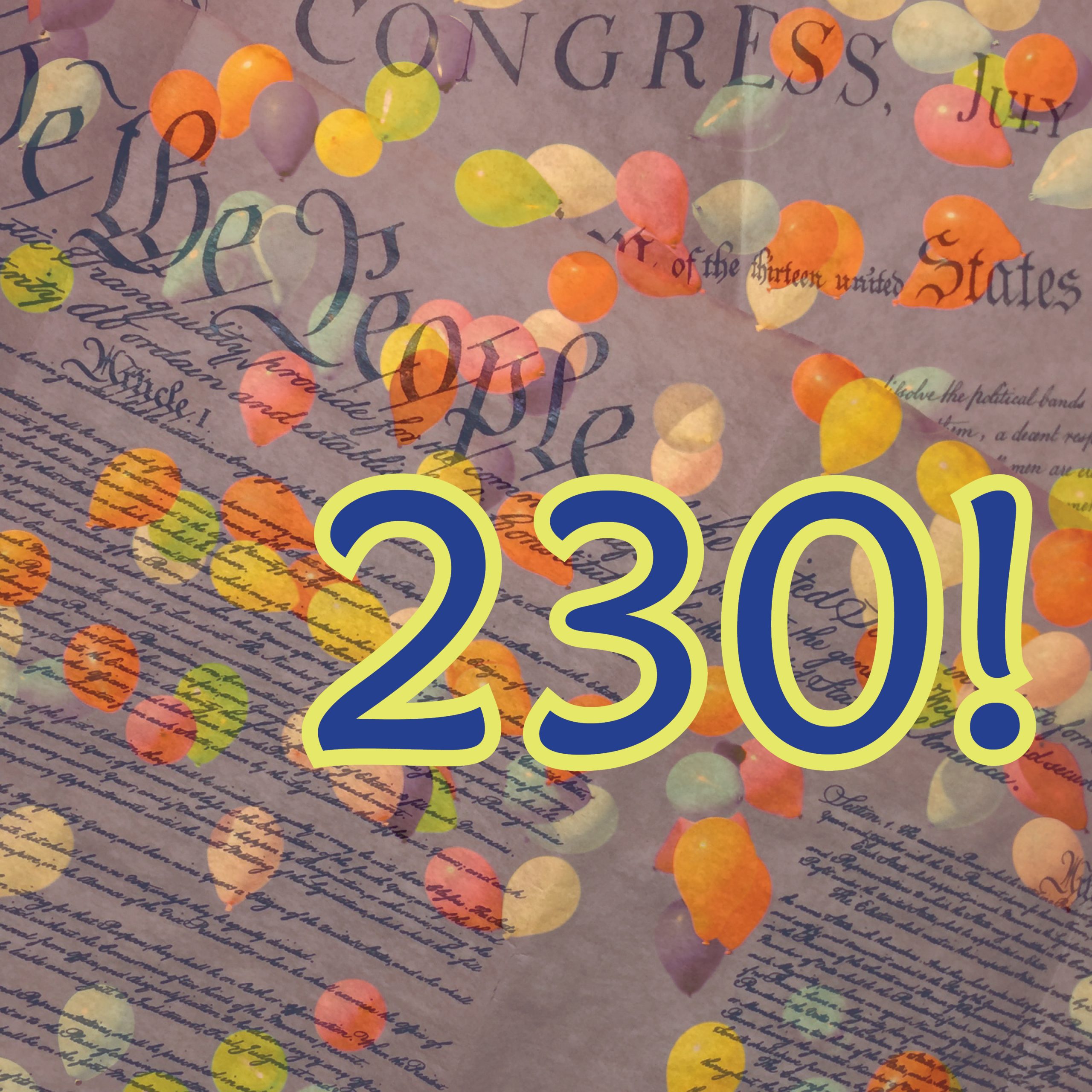 The new part of news captures our attention. Today, for example, there’s new data supporting a new, experimental Covid-19 antiviral pill. And, tragically, there’s a new reminder of the swift and destructive power of tornados.

We know that “the new” is never altogether new, but always has within it vestiges of the past: the long story of humankind’s capacity to adapt, amend, change, rebuild, invent, improve, create anew. Within the  news of Mayfield,  Kentucky’s devastating losses, emerge stories of courage, support and hopes to rebuild.

One bit of news under the radar screen is today’s 230th anniversary of the Bill of Rights.  Like all birthdays of great longevity, we give a shout out to reaching a new-old age.  Yet what we think of today as our first American freedoms— the civil liberties of speech, assembly, religion, due process and so on—did not really come first.

Our Bill of Rights was ratified in 1791. Our original 1787 Constitution contained none of them. The big, often unrealized news about the Bill of Rights is that they were amendments.

We talk about the First Amendment, hearing the “First” but not hearing “Amendment”.  “Amendment”: i.e.  changing something for the better; a creative improvement; a correction of error; redoing the past into something new for present and future use.

The Bill of Rights, the first ten amendments, did not suddenly appear on the American stage like ten utterly fresh new actors with no history.  The amendments happened because one whole Article out of only seven Articles in the original Constitution was not about how to keep it cast in stone forever… but how to change it.

The founders were not afraid of amendment. They expected it. They didn’t  think they got it all right first try forever. Amendability was a key factor in persuading Americans  to ratify the original Constitution in the first place. Nor was Abraham Lincoln afraid of amendment. Lincoln, a later 19th century founder, realized that keeping some of the past while creating a new slavery-free union was a national survival necessity. Keep the Constitution yes. But out of the devastation of Civil War came some of the most important amendments ever, ending slavery, establishing birth right citizenship and applying the Bill of Rights to the states for the first time.

Celebrating the 230th birthday of the Bill of Rights is not just  a musty old nod to the past. It is a celebration of regenerative change.  Our Constitution faces new/old challenges, has changed by amendment twenty-seven times. We the People shouldn’t be afraid of amendment or be too certain that the Constitution we have today will never change.

2022 will mark 30 years since the last constitutional amendment.  Just think how society has changed in 30 years! Ready or not, a new generation of citizens will soon receive democracy’s torch, in whatever shape it’s in. Like prior generations, odds are they will imagine new and improved ways to bring our Constitution into the felt necessities of their times.

The Bill of Rights is not just 230 years old.