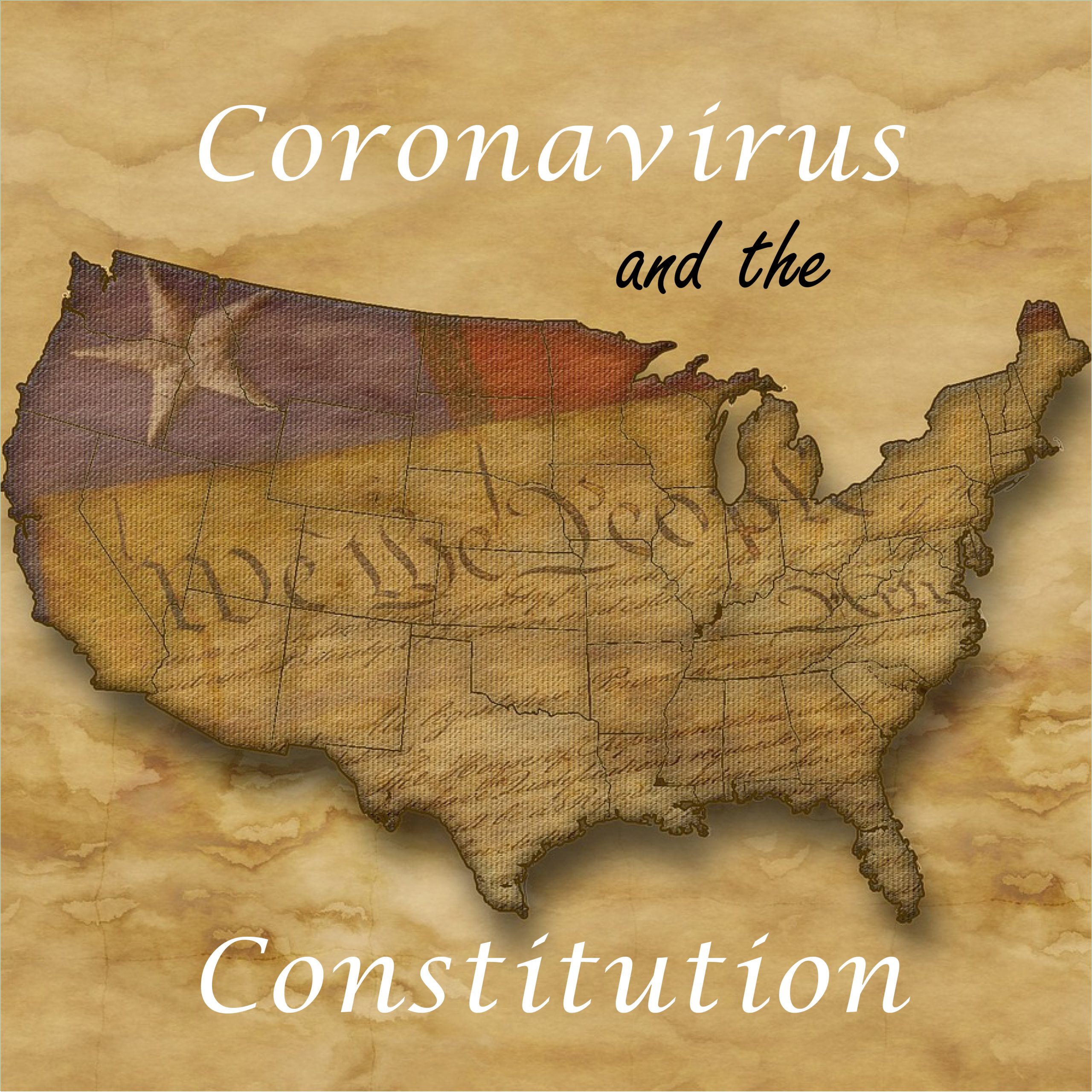 As COVID-19 is on everyone’s minds, along with fear of the unknown, concern for public health and safety, social distancing, plummeting markets and countless unnamed consequences for millions of Americans and the world,  it may seem like the Constitution is beside the point.  Let’s suggest instead that at times like this the Constitution needs friends, lots of them, friends like you. The Constitution was written for times like this. America’s founding era was no stranger to fearsome disease, including in 1776 a terrible smallpox epidemic. As if the British weren’t enemy enough, American independence fought life-threatening epidemics.  One small pox survivor named George Washington had the scars on his face to prove it and, himself immune from infection, took swift action to protect, quarantine and immunize his troops in 1776 when the disease threatened to wipe them out more swiftly than British artillary.  A brave woman named Abigail Adams had herself and four children immunized against smallpox as her husband John was pulled away with the risk-everything work of American independence.

The Constitution’s Preamble, fifty-two words that by themselves are familiar, take on new meanings in new contexts like the coronavirus. The Preamble states the whys of the Constitution and the American Republic, its seven core purposes and civic virtues: 1) popular sovereignty, 2) to form a more perfect union, 3) justice, 4) domestic tranquility, 5) common defense, 6) blessings of liberty, 7) for ourselves and our posterity.

We are in the habit of thinking that the Constitution is all about individual rights and liberties. But re-reading the Preamble in today’s context reminds us of the collective nature of the seven purposes.  It encourages citizens to look out not only for ourselves but for each other. It’s the We in We the People. Our defense is common, our liberties are for ourselves and also our posterity, our tranquility is community-based and domestic, our justice is connected to the justice of others.

These constitutional values take on new meaning when a pandemic reveals interconnectedness,  that a virus starting countless miles away ignores state lines, that the health of ourselves and our loved ones is connected to the health of many, unseen others.  Common defense, we’ve seen, includes prosaic but critical rituals like hand-washing. Daily freedoms like grocery shopping require a new discipline, not a license to hoard hand sanitizer and toilet paper.  Liberties can turn into something other than blessings at times of fear and anxiety.  Domestic tranquility is not the absence of fear, but helping each other not to be afraid.  A more perfect union isn’t a perfect one, but a union made more perfect by brave health care workers, physicians, front-line people working our hospital emergency rooms and paramedic teams.  A more perfect union is seen in community volunteers, the people who quietly deliver acts of civic kindness to each other, like those poll workers at our voting places whose presence enables others to exercise their most important constitutional right: the right to vote.   American places of worship, notwithstanding cancelled services, have gone online with new  ways and means to exercise the First Amendment right of religious freedom.

The sum of this is a reminder that you have a friend in the Constitution. It doesn’t have all the answers or a perfect crystal ball on the future. But it can remind us of fifty-two words and seven core values that have been tested for over two centuries and helped Americans find common ground, especially in times of trial.

*Bruce Petrie is a partner with Graydon law firm and a professor of constitutional law at UC and Miami.