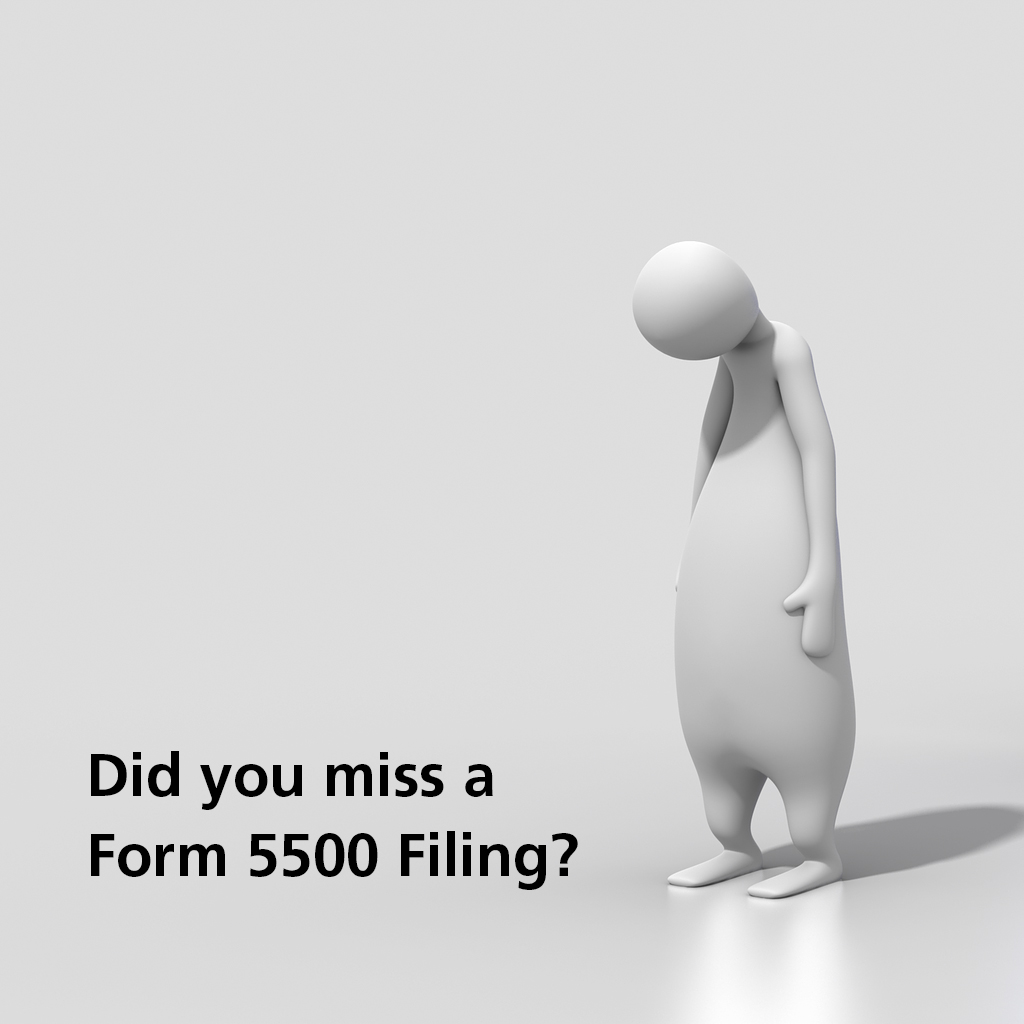 Form 5500 is the information return that must be filed by most employee benefit plans subject to ERISA (unless an exception applies). Failure to file this annual return for a plan can result in assessment of penalties by the IRS and DOL. Because the penalties can be severe, it is important to know what steps can be taken to reduce them if you realize that you missed a filing.

Plan administrators may be assessed penalties by both the IRS and the DOL. The IRS has the authority to impose penalties on qualified plans, funded deferred compensation plans, and fringe benefit plans that file late or materially incomplete returns. The IRS penalty is $25 a day, up to a maximum penalty of $15,000 per plan year. The DOL has the authority to assess penalties on all plans under Title I of ERISA. The DOL penalty for a late filer is $2,140 per day with no maximum. Penalties may be assessed for missing items such as auditor’s report, financial reporting items, and other report items even if the Form 5500 is filed.

To comply with DFVCP, the plan administrator must first file all late Forms 5500 for which relief is sought and should indicate on the Form 5500 that it is filing under DFVCP. A separate submission must be made for DFVCP penalty relief. If more than one plan is involved, a separate DFVCP filing must be made for each plan. Filing under DFVCP not only reduces the DOL penalties, but IRS penalties will also be automatically waived (if Form 8955-SSA is required to be filed, it must be separately filed with the IRS for penalties to be waived). The program ensures compliance, and provides certainty for penalties, but one negative result of the program is that no waiver due to reasonableness is allowed.

Transportation Benefits are More Expensive in 2018