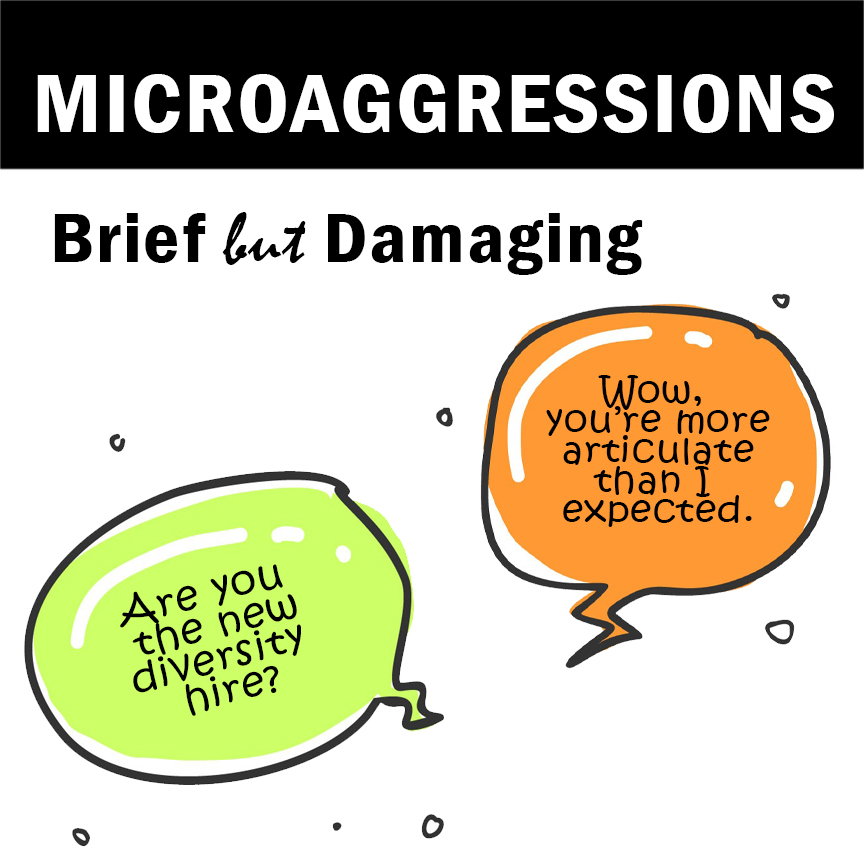 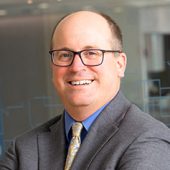 Picture the start of a typical work day. You head over to the breakroom, grab your morning coffee, and walk back to your desk. As you pass by a manager’s office, you overhear a bit of a conversation between the manager and an employee: “Tasha, you really need to be aware of your tone when interacting with your colleagues, it’s very inappropriate sometimes.”

Now consider that Tasha is a deaf woman who relies on an implanted device to “hear” and has no tone perception. Does that change the message of the feedback given to Tasha?

The manager’s feedback may have been appropriate for Kevin, who is not hearing impaired and often raises his voice to intimidate his colleagues. For Tasha, however, who speaks loudly due to a disability that renders her unable to differentiate tones, this is a microaggression—a brief exchange during everyday conversation that, while often unintentional, insults or invalidates the person on the receiving end based on their disability, race, gender, sexual orientation, or any other characteristic perceived as different.

Microaggressions are rooted in implicit biases—unconscious, automatic brain processes that manifest in our conduct and decision-making.   We all have these unconscious biases, and the results are not always negative, but when our biases manifest as microaggressions, the consequence may be a difficult and divisive work environment.  The difficulty in addressing microaggressions is that they typically go unreported and unnoticed. Many employees cringe at the idea of reporting problematic behavior to HR departments for fear of retaliation or being viewed as overly sensitive.

Microaggressions happen in all workplaces and are not dependent on the perceived conservative or progressive culture of an organization. For example, in 2016, a small group of Google employees began a monthly newsletter to anonymously share stories of microaggressions experienced across the company.  The stories range in content from racism and misogyny, to company policies suggesting that an employee experiencing insomnia might be a workplace shooter. Currently, the monthly newsletter is fully backed by the company and allows for HR to follow up on serious issues. Recently, a submission to the newsletter criticized the use of an anti-gay YouTube ad during videos with content geared toward the LGBTQ community.  Once this concern was brought to the attention of the VP for Marketing and Ads, the video was removed and an apology issued.

While Google’s approach may not be ideal for all companies, there is insight to be gained from their methods. Microaggressions cannot be swept under the rug, and must be addressed at the root. Employers must first recognize where biases exist within their organization to identify the types of microaggressions that may be occurring.  Look for the opposite of the core population of the company and you will find your biases—is your company primarily male? You likely have gender bias. Primarily white? You likely have racial bias.  Under 25? You likely have age bias.  Address the current strategies and systems that contribute to the predominant composition of your organization, and then implement purposeful alternatives that run counter to the implicit biases that result in microaggressions. The task will without a doubt be uncomfortable, it will require both organizational and individual acknowledgement of bias. Working through the discomfort, and acknowledging differences, however, will yield tremendous results such as employee retention, increased productivity, and improved reputation of the company.