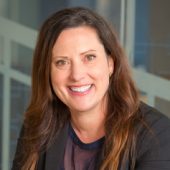 Like a cross off the foot of Megan Rapinoe towards the head of Abby Wambach, you expect the ball to find the back of the net. But, it’s still exciting and you cheer when it happens.

On Wednesday, the men’s and women’s U.S. national soccer teams announced they had come to an agreement with U.S. Soccer, the organization that employs the national players and organizes the teams. The new collective bargaining agreement (CBA) takes massive steps forward to ensuring equal pay across both teams, and purportedly ends the years-long battle for equality in U.S. soccer.

There are technically two separate CBAs: one for the men’s team and one for the women’s, but the content is identical when it comes to key areas of working conditions and compensation. The quality of facilities provided to both national teams and resources available were made equal, and the amount of money each player earns per appearance is set by the context of the game, rather than the team the player plays on.

The deal includes a provision that appears to be the first of its kind. The world soccer governing body, FIFA, provides considerably more money to men’s teams participating in the World Cup than it does to women’s teams. Rather than tackle FIFA’s un-equal pay, the CBA pools the money given to each U.S. team for their participation and divides the pool equally between the teams. Although the women’s national team still receives considerably less for their participation in the World Cup from FIFA, U.S. soccer has taken matters into its own hands to ensure they ultimately receive the same payment as the men’s team.

The CBA did not come about in a vacuum. But rather, pressured by the men’s team’s participation in the World Cup this fall, and on the heels of a contentious discrimination lawsuit, the agreement appears to have set the stage for long-term collaboration and an emphasis on equality. The lawsuit, brought by several dozen players on the women’s national team—including now-household names like Alex Morgan, Megan Rapinoe, Carli Lloyd, among others —seemingly hit a wall back in 2020 when a California judge found that U.S. Soccer had substantiated its claim that the women’s players were actually paid more than the men. But conversations behind closed doors continued, and U.S. Soccer settled with the players for $24 million. The settlement was contingent on coming to a new CBA.

These agreements and settlements end some contentious arguments in U.S. sports, and at times, some pretty ugly rhetoric. Many of these disagreements took place in public view, and highlighted the discrepancies in pay; but not just in soccer. Players on both national teams made it clear that settling for anything less than equal would be unacceptable, and U.S. Soccer seems to agree. It’s a big first step forward.