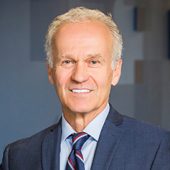 As a cautionary tale for any plan that is denying a participant’s claim for benefits, we present the 6th Circuit’s opinion in Moyer v. Metropolitan Life Insurance Company.  In Moyer, the 6th Circuit agreed with MetLife that the statute of limitations to seek judicial review for a denied claim can be limited by the terms of the plan document. However, MetLife still lost because it failed to include the shortened statute of limitations period in the adverse benefit determination letter sent to the participant. The only information available to the participant that identified the shortened period was the plan document, which was only sent to participants upon their request.

The lesson to plan sponsors is that any restriction on the statute of limitations period to review a denied claim should be communicated clearly and frequently, and should also be included in any adverse benefit determination letter. Clear and steady disclosure of plan terms is a must, and Moyer is a reminder that the difference between a quick dismissal and battle on the merits of a claim can ride on the absence of a single sentence in a single notice.

On a lighter note, the 6th Circuit opinion in Smith v. AEGON Companies Pension Plan held steady and found that an ERISA plan can contain a venue selection clause.  Although the Department of Labor filed an amicus brief arguing that the venue selection clause was not appropriate, the court pointed out that the DOL is no more an expert regarding choice of venue clauses than the court, and it has only taken this position in two amicus briefs (no regulations, technical releases, or field assistance bulletins) in the last 39 years. Until such time as Congress enacts legislation, or the DOL can release guidance that indicates that its opposition to choice of venue clauses is more than an “expression of mood,” it seems the 6th Circuit will not be taking the DOL very seriously on this issue.

With no deference owed to the DOL’s position, the 6th Circuit determined that there is nothing restricting an ERISA plan from providing a choice of venue provision, just as the court has held that an ERISA plan may contain a mandatory arbitration clause. As always, there is a caveat: the court notes that the reasonableness of the choice of venue clause will still be subject to challenge just as any other forum selection clause (e.g. unconscionable agreements, or venues that are so inconvenient as to be considered unjust). If you have a choice of venue provision in your plan, as long as it is not unreasonable, it seems you can rest easy for the time being.