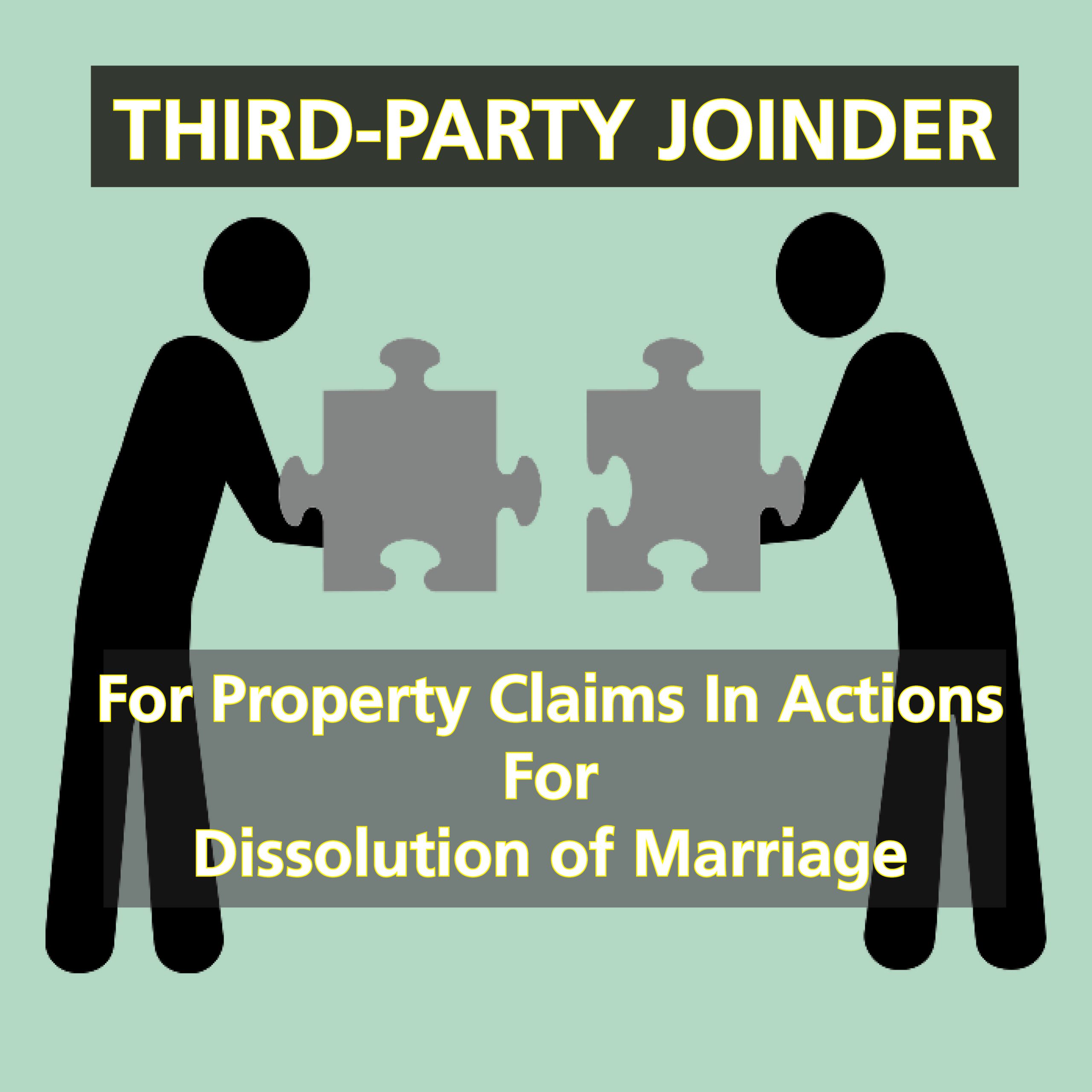 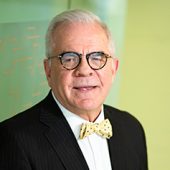 More and more, Kentucky family courts are called on to determine when their statutory mandate to identify and equitably divide marital assets[1] requires third-party joinder.[2] Divorcing parties often are sole or joint owners of a businesses, trustees, and beneficiaries of a family trust, or just less than candid about their interest in property held by another. This article provides practitioners a starting point for analysis of third-party joinder questions. A court without personal jurisdiction over an individual or entity cannot issue enforceable orders related to them.[3] Nordike v. Nordike. Failure to join a required third party, in property claims arising out of actions for dissolution of marriage, is likely fatal to claims alleging marital property was unlawfully transferred. Gripshover v. Gripshover.[4]

At its core, CR 19.01 requires third-part joinder if “in [the] absence [of joinder] complete relief cannot be accorded among those already parties,” or when disposition without joinder would “impair or impede” the nonparties ability to protect their interest in the asset.[7] Under KRS 403.150(6), “[t]he court may join additional parties proper for the exercise of its authority to implement this chapter.” Which rule to proceed under appears to be determined by the relief sought.

There are two reported cases in Kentucky directly addressing third-party joinder under KRS Chapter 403, Medical Vision Group, P.S.C. v. Philpot,[8] and Gripshover.[9] In Medical Vision Group, P.S.C. that company, along with Scvhatzie, LLC, both wholly owned by one of the divorcing parties, appealed the post-decree decision to join them for judgment enforcement purposes. Invoking KRS 403.150(6), the Court held: “…joining MVG and Schatzie as additional parties is the proper way, and perhaps the best way, for the trial court to enforce its dissolution decree.”[10] This was a case of joinder for judgment enforcement purposes, thus falling squarely within the terms of KRS 403.150(6).

In Grisphover the appeal was from a decision not to treat as marital property real estate transferred during the marriage to a family partnership and irrevocable family trust; both of which named extended family members. Affirming, the Court noted “that Darlene [Appellant] did not join in her action the Gripshover Family Limited Partnership # 1, the other partners in the partnership, the trustee of the George Gripshover Family Trust, or the beneficiaries of the trust, all of whom would be necessary parties to an action seeking to avoid either the partnership or the trust.”[11] This was classic case for joinder under CR 19, as the claim was for property held by nonparties and, but for the service of a third-party complaint, they would have no notice of a claim which, if proved, would divest them of property in which they had an interest.

The essential lessons are, first, even in actions for dissolution of marriage, the distinction between individuals and legally created entities is recognized. Although the companies joined in Medical Vision Group, P.S.C. were wholly owned by one party, the Court held their joinder was the “proper way” for the trial court to obtain jurisdiction to execute on their assets.[12] And although one spouse had an interest in both the partnership and the trust, against which the other made a marital claim, the Gripshover Court went out of its way to hold joinder of the entities was required.[13] Note, both decisions implicate qualified domestic relations orders which, by definition, [14] direct a nonparty to distribute assets it holds and controls.[15]

Second, when a divorcing party seeks to pull assets back into the marital estate, either by declaration that a contract is invalid,[16] such as a trust agreement, or by piercing the legal veil of an entity, such as a partnership, at least everyone identified in the instrument of creation or by document of title, must be joined.[17],[18] Note, practitioners confronted with a trust joinder issue should review the decision in Jarvis v. National City.[19] There, applying the doctrine of “virtual representation,” the Court decided that trust remaindermen were not indispensable parties because their interests were protected by the joined beneficiaries.[20]

The procedure for third-party joinder is addressed in Cabinet for Human Resources v. Kentucky State Personnel Bd.[21] There the court held: “[w]hen one litigant believes there to be an indispensable party it should request the court to order joinder by the simple expedient of filing a motion.[22] Whether a third-party complaint is always required in these situations is less clear.

Civil Rule 7.01 recognizes, among other pleadings, “third-party complaints.” Civil Rule 8.01 requires “a short and plain statement of the claim showing that the pleader is entitled to relief” and “a demand for judgment for the relief to which he deems himself entitled.” Under KRS 418.040, which provides the right to declaratory relief, actions “may be docketed for early hearing as in the case of a motion.”[23] There is no mention in that statutory scheme of third-party complaints.[24]

The Medical Vision Group, P.S.C. Court did not mention a third-party complaint. But it seems reasonable to conclude, given Kentucky’s requirement of only notice pleading[25] and that when a party is the sole owner of the businesses, the motion to join, which likely articulated the basis for joinder and relief sought, would be found on review to satisfy the due process requirement of notice. Nor did the Gripshover Court mention the need for a third-party complaint. Given that generally, there is no requirement to serve nonparties with motions filed by existing parties,[26] upon entry of an order granting leave to join a nonparty there is no reason to believe the civil rules covering third-party practice would not apply.[27],[28] But, see KRS 418.010 which requires service of “motions” for declaratory relief.

In Kentucky, the joinder of third-parties to property division claims in actions for dissolution of marriage is governed by CR 19 and KRS 403.150(6). Third-party joinder is the proper way for a court to obtain jurisdiction over a nonparty for judgment enforcement purposes,[29] and it is required when a party claims marital property is held by a nonparty.[30] The burden to move for joinder is on the claimant, and failure to join necessary third-parties renders any judgment against them, or property in which they have an interest, unenforceable.[31]

Finally, practitioners may find family courts, already burdened with overwhelming dockets, understandably resistant to adding parties and compulsory claims[32] to cases which, by their nature, are already vexing. While, as a circuit court, family courts have jurisdiction to decide any claim within the general jurisdiction of a circuit court and to conduct jury trials, [33] the cases they must hear makes exercising their full authority in every case contraindicated.[34] Recently enacted FCRPP[35] 3(5) provides family courts with the option to sever from the dissolution action, claims not asset identification, valuation, or distribution dependent.[36]

[36] “The court may sever claims for which there is the right of trial by jury or are outside the scope of KRS 23A.100. Such severed claims may be re-filed in the court of appropriate jurisdiction.”

Considering Divorce – What Keeps You Up At Night?